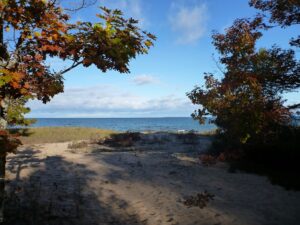 Sturgeon Bay used to be a lumbering community and considered a town. There was a saw mill, blacksmith shop, small general store, boarding house, and a post office where the primitive shoreline now resides. The saw mill occurred sometime in 1913. Whether it was intentionally dismantled or was simply swept away by time is a not known (Wikepedia). There are also remnants of an old railroad within the area of Sturgeon Bay. The date the railroad was pulled is also unknown, but it was likely before 1920. A few dock pilings are still visible from the air and can be observed by snorkeling. Portions of the shoreline are now owned by Bliss Township and most are owned by the State of Michigan Department of Natural Resources as a part of Wilderness State Park. This area has known endangered species that inhabit the dune areas. These include but are not limited to: Pitcher’s Thistle (Cirsium pitcher), Lake Huron Tansy (Tanacetum huronense), and the Piping Plover (Charadrius melodus). This area is fairly remote during the spring, fall and winter seasons. However, it is enjoyed by avid swimmers, kite boarders, windsurfers and sunning enthusiasts in the summer.

Sturgeon Bay has seen the effects of avian botulism on its shorelines, especially in 2012, when there were over 950 bird fatalities in Emmet and Charlevoix Counties. 2006, 2007, and 2010 were also years when waterfowl were impacted by avian botulism on Lake Michigan (TOMWC)).

Sturgeon Bay (SBB) has a primary use of PC (May through October). Other Tribal uses include IAW, SF, CF, TCCU, NU and CU. All uses are supported for this reporting period with the except of SF as this use needs further evaluation on toxins in fish and how much fish is consumed by subsistence families. 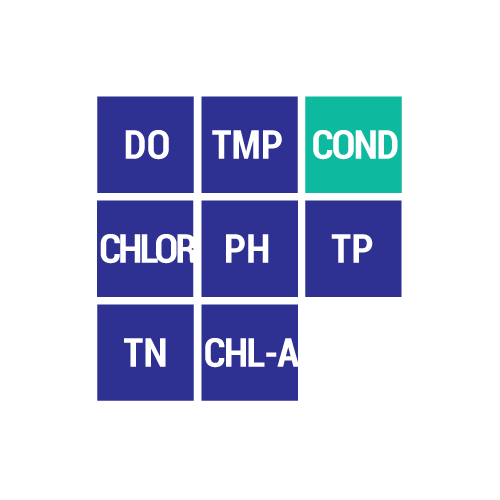