Overall groundwater quality for the region is good. Previous well testing programs (LTBB, 2006) indicate that the only parameter that commonly exceeded drinking water standards was hardness. Groundwater is considered “hard” if the ionic composition contains high concentrations of dissolved magnesium and calcium. Much of the geologic structure of Northern Michigan is predominately composed of minerals containing magnesium and calcium carbonates, which accounts for the commonly “hard” groundwater. As hardness poses no health risk, all wells tested during this program were considered safe to drink. However, it should be noted that this program was limited in scope and many private wells on the reservation have not been tested since installation or in several years.

Despite the general good quality of groundwater, there may be localized contamination in the vicinity of old industrial facilities, waste sites, dumping locations, and other areas. Locations with the potential for groundwater contamination are indicated in Figure 5, which maps facilities subject to various US EPA programs, such as Superfund, Toxic Release Inventory, Resource Conservation and Recovery Act (hazardous waste), brownfields, and the Toxic Substances Control Act. Note that the numbers of facilities clustered in each general location is indicated by the number within the green circles. 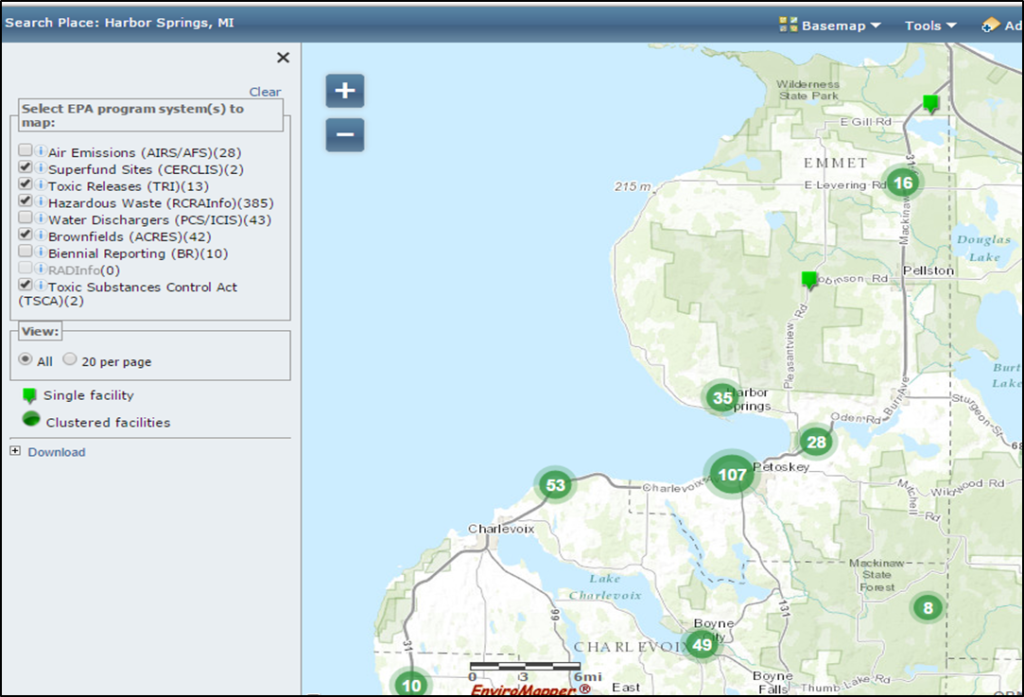