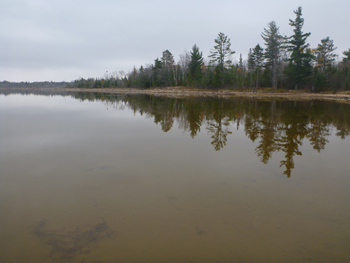 O’Neal Lake is a small shallow lake located in Northern Emmet County. It drains from Lawrence Lake and has one outlet, the headwaters of Big Sucker Creek. O’Neal Lake is approximately 138 acres in surface area. O’Neal Lake is part of the Lake Michigan watershed with the mouth of Big Sucker Creek flowing out into Lake Michigan. The land cover surrounding O’Neal Lake is predominantly forested wetland and some upland. The area surrounding O’Neal Lake is owned by the MDNR, State of Michigan and 8 parcels on the west side of the lake are owned by private owners, according to the 2003 Emmet County Plat Book. A dam built in 1952 is still present on O’Neal Lake. The lake has many dead inundated trees on the west side and has a heavy amount of aquatic vegetation throughout the lake, including wild rice planted by the LTBB NRD Inland Fisheries and Wildlife Programs.

The condition of the 1952 dam has been a point of contention since 2007. The dam was in need of repairs and the main MDNR contact for managing O’Neal Lake, Wildlife Habitat Biologist Brian Mastenbrook, was contacted about the condition of the dam by riparian property owners. Mr. Mastenbrook wanted to implement a lake drawdown to breakdown the aquatic vegetation to release the nutrients within the plants, aerate the soil, and re-establish productivity in the substrate before a new dam was to be installed. The projected time to replenish the conditions of the substrate was estimated to be two to three years. The MDNR held a public meeting in early 2008, which resulted in clear opposition of this management technique by the local community. LTBB’s WQPP and Inland Fisheries and Wildlife Program (IFWP) have been collecting data on this lake for over 15 years. One of the concerns from the local community was what this management decision was based on. MDNR has indicated that scientific data was not used in this decision other than a couple observation site visits. LTBB decided to present all of the data collected in, near, and adjacent to this lake to the public at the O’Neal Lake Informational Meeting held on August 27th, 2009. Data indicated that loons and other avian species, geese, eagles and osprey all nest and feed on fish in the lake; there is a viable pan fishery, potential for wild rice growth, the lake is a cultural/ceremonial area for Tribal Citizens, water quality supports aquatic life and wildlife, and native plant communities exist to feed wildlife and provide habitat. LTBB IFWP also does frequent flights for eagle research and was able to supply photos of areas already available to waterfowl throughout Wilderness State Park. At this point in time, LTBB was only providing ecological information for the local community to understand O’Neal Lake diversity and functions. Later in this year, the LTBB Natural Resource Commission declared that O’Neal Lake was a viable fishery. There was a discussion to collaborate with the MDNR to create and implement a lake management plan but this did come into fruition. There was some minimal work done to minimize leakage and some additional boards were added to the top of the dam.

In the fall of 2014, the dam unexpectedly failed, allowing for the lake to drawdown and drain into Big Sucker Creek. LTBB was an active participant in the solution and weighed in on three different options created by engineers contracted by the MDNR. In the end, a new dam was installed in late 2017. LTBB will continue to monitor Oneal Lake to under pre-and post-dam effects.

The primary Tribal use on O’Neal Lake (OLL) was WF. Oher Tribal uses applied are IAW, WRA and PSC (potential of cercarial dermatitis to occur in this lake). These uses will need further evaluation and support is dependent on the managed use and future outcome of the lake. Since only one set of data was taken during this reporting period after the dam failure, analysis of post dam failure data will need to be analyzed in the next reporting period. Future monitoring will occur in the winter of 2015 and seasonally in 2016. If a solution to the dam failure is not sought by the winter of 2016, the WQPP may increase sampling from seasonal to monthly through May-October in 2016 for a larger data set to be collected. 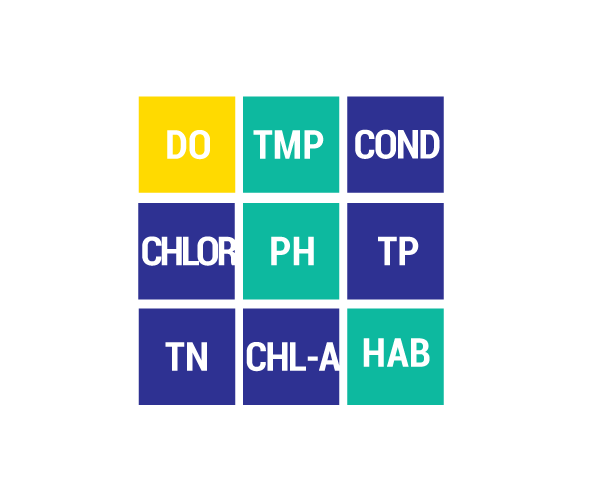