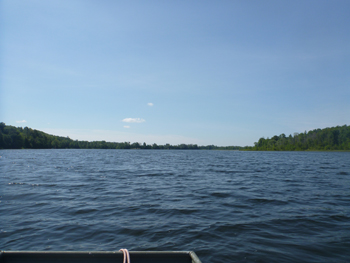 Susan Lake is a small, shallow lake with a surface area of 125 acres located in Hayes Township in Charlevoix County within the LTBB Reservation. Mud Creek is the inlet of Susan Lake and Susan Creek is the outlet which then drains into Little Traverse Bay. The land cover around Susan Lake is a majority of residential and seasonal/residential housing, a public boat launch and access point, and forested wetland area.

Susan Lake is within a geographical area of cultural significance. This geographical area is called Kitchiossening in Anishinaabemowin, which translates in English to “Big Stone.” There is an active Native American Methodist church, Greensky Hill, overlooking Susan Lake. Greensky Hill Church was founded by a Chippewa Indian missionary, Peter Greensky, in the 1840s. There is a stand of trees that represent tribes and tribal Ogemaws (chiefs) near the church where tribes would meet to discuss tribal issues and collaborate on decisions. The lake was used by Tribal bands prior to the founding of the church. The lake was named after the pastor’s wife, Susan Walker Greensky. Native burial grounds surround the church down to the shores of Susan Lake and to Boyne City/Charlevoix Road. Historical routes of migration for the Odawa bands are adjacent to Susan Lake. During the annual migrations south and returning north, those who wished to winter here subsisted on fish and inland hunting in and around Susan Lake and Lake Charlevoix. Susan Lake was used in the past by Tribal citizens for gathering freshwater clams. Tribal citizens would gather the clams in a bucket and supply the clams with corn meal. The clams would eat the corn meal and excrete the corn meal and toxins that could be harmful if eaten (Walker-Keshick, 2011). Although this lake is used for recreation by the shoreline property owners and some visitors, the most popular use observed is fishing. Swimming is not recommended by LTBB at this lake due to the potential of an occasional outbreak of cercarial dermatitus, also known as swimmer’s itch. LTBB staff who swam in the water during a 2009 site visit later showed symptoms of swimmer’s itch. Whether or not this is a common seasonal occurrence is unknown.

The primary Tribal use on Susan Lake (SNL) is WF. Oher Tribal uses applied are IAW, PSC (due to swimmer’s itch) and TCCU. All uses are supported, although it is recommended that further evaluation should be done for the use of PSC to determine if tourists, seasonal or residential citizens swim in the lake. If recreational users do swim in the lake it would be recommended signage is put up to indicate the conditions under which Cercarial dermatitis could occur. 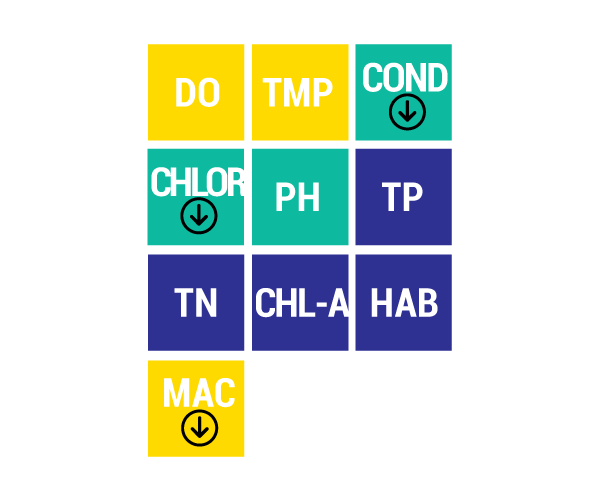